ALOR SETAR (Bernama): The government will consider the proposal of the Congress of Unions of Employees in the Public and Civil Services Malaysia (Cuepacs) seeking to fix the minimum salary of civil servants at RM1,800 a month.
Deputy Human Resources Minister Datuk Mahfuz Omar said such a demand was Cuepacs' right in trying to ensure something better for civil servants. However, the government also had the same right before coming to a decision.
"The government also has a right to consider something reasonable. The government has to look at the big picture for the future of society, not only to a group of workers with employers, and all these have to be taken into account. 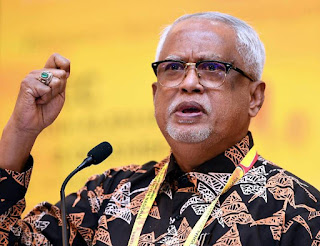 "Cuepacs' demand shows their sensitivities in helping workers whether in the public or private sectors, but the government has its consideration from the angle of affordability and capability and taking into account the capability of private sector employers," he told reporters after a Community Contribution Programme in Pokok Sena here on Saturday (Dec 21).
He said more people would lose their jobs if the employers were forced to close down their operations due to the inability to meet the government’s demands and conditions.
Meanwhile, Mahfuz said the government had also decided that the minimum rate would be raised to RM1,200 from RM1,100 a month from early next year in selected urban areas where the cost of living of workers was higher.
"Indeed, many are not satisfied over the issue of minimum pay. Starting with RM980, (it) went up to RM1,100 but there were still those who were dissatisfied. But in the Pakatan Harapan (PH) manifesto. We have promised to raise it until RM1,500 but the process will be in stages over a five-year period," he said.
He made the remark when asked to comment on the statement which was made by Cuepacs president Adnan Mat on Thursday urging the government to fix a minimum pay of RM1,800 a month for civil servants.
Adnan said the need for the new minimum salary was made based on several aspects, including the need for a house, cost of affordable houses and the monthly installment rate. – Bernama 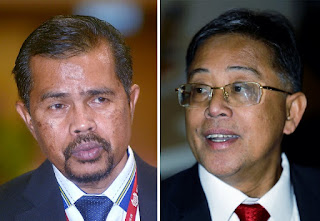 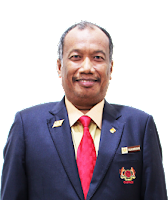 SHAH ALAM: Former Congress of Unions of Employees in the Public and Civil Services (Cuepacs) secretary-general Adnan Mat has been elected new Cuepacs president for the 2019-2022 term.
Adnan who polled 676 votes defeated former Cuepacs deputy president II who received 381 votes during the 28th Triennial Convention of the congress held at the Shah Alam Convention Centre, here, today.
A total of 1,382 delegates cast their votes in the election. 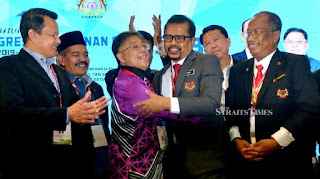 Three other candidates who also vied for the president post were Cuepacs finance secretary Mohd Razali Singah, Union for Malay Forest Officers of Peninsular Malaysia president Datuk Ahmad Shuffir Zakaria and Peninsular Malaysia Customs Officers Union president Abdul Malik Mohamed Zin.
Incumbent Datuk Azih Muda did not seek re-election following his retirement from the public service sector at the end of this month.
Aminuddin Awang was named the new deputy president after garnering 766 votes while Zulkifli Mohamed who received 756 votes was elected deputy president II.
Cuepacs deputy secretary Abdul Rahman Mohd Nordin won the congress' secretary-general post unopposed.
Meanwhile, Adnan, when met by reporters afterwards said Cuepacs would continue fighting for the rights and welfare of civil servants including in urging the government to raise the minimum wage rate for civil servants.
He said the current rate was seen to be inadequate especially for the lower income B40 group. -- BERNAMA 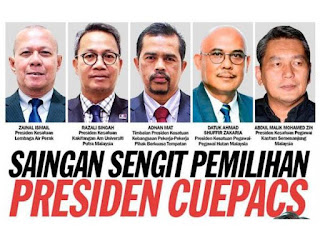 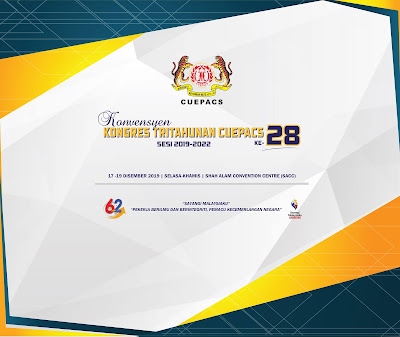