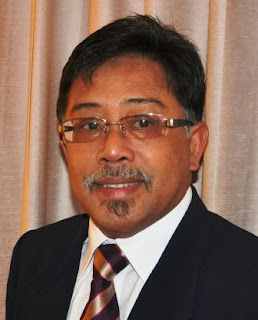 CIVIL SERVANTS TALANTED LOT' GIVE THEM SOME RESPECT

Sonia Ramachandran
PETALING JAYA: If there is one thing the Congress of Unions of Employees in the Public and Civil Services (Cuepacs) cannot stomach, it is belittling the civil servants.
Being the national umbrella union body for civil servants, Cuepacs will naturally come to the defence of its 1.2 million members if their capability is not recognised.
So when the government said it is engaging private consultants to carry out certain work ostensibly because the civil servants lack the expertise to do the job, it jolted Cuepacs.

“The nation’s civil servants are a talented lot. They [the government] have to give us a bit of respect,” Cuepacs president Datuk Omar Osman told theantdaily.
He was commenting on a Finance Ministry statement that the capabilities of government researchers are limited with regard to their competency and manpower”, thus the need to engage external government services.
The ministry had revealed the justification for hiring private consultants in a written response to PKR MP Wong Chen in Parliament on Nov 12.
It also revealed that from 2009 to 2013, the government had spent over RM7.2 billion on private consulting firms.
In its reply to Wong, the ministry also reportedly said that despite Putrajaya developing the skills of government researchers and consultants in public universities, the National Institute of Public Administration and many other government agencies and ministries, the capabilities of those produced from these institutions were limited.
Omar is quick to rebut the ministry’s statement.
“We don’t agree with the statement. How can they say something like this?” he said. ALOR SETAR: Cuepacs wants the government to improve the remaining 249 public service salary schemes by year end.
Its president Datuk Omar Osman said with this, the 249 schemes would be completed together with the 81 schemes slated for improvement by the government.
Improvement to the 81 salary schemes took seven months to complete.
Omar said this is necessary to enable all civil servants to enjoy the benefits of the improved schemes.
"The government should inform Cuepacs so that we can explain to civil servants about the state of their salary schemes.
"I am confident that the Public Service Department (PSD) will not find it difficult to improve the 249 schemes," he told reporters at a dialogue session with Cuepacs members at Bangunan Sultan Abdul Halim, here Saturday.


Read more at: http://english.astroawani.com/news/show/cuepacs-wants-government-to-improve-remaining-249-salary-schemes-25280?cp
Posted by CUEPACS at 1:44 PG 237 ulasan: