Report by India Education bureau, New Delhi: Union Labour & Employment Minister Shri Mallikarjun kharge today called on social partners to work together with Government to create a work environment conducive to achieving a high rate of economic growth with due regard to protecting and safeguarding the interests of the working class in general and those of the vulnerable sections of the society in particular. Shri Kharge was delivering the key note address during the Opening ceremony of the two day long Asia-Pacific Event organized by the Building and Wood Workers International (BWI) Federation here in New Delhi today. 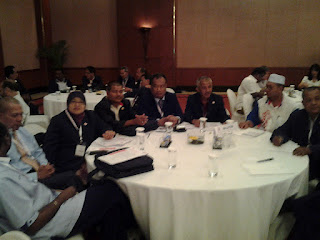 The Minister said India is the founder member of ILO and tripartism is the soul of our decision making process. We are guided by the ethos of consensus and any matter relating to the welfare of the working classes is taken after tripartite consultations. Consultation with trade unions keeps us rooted to the real economy. Social partners should work together with Government to create a work environment conducive to achieving a high rate of economic growth with due regard to protecting and safeguarding the interests of the working class in general and those of the vulnerable sections of the society in particular.

Government of India has been undertaking various pro-active measures to improve the working conditions of our workforce which are in line with norms and standards set by International Labour Organization. Very recently, the Union Cabinet has already given approval to the proposed Amendment to the Child Labour (Prohibition & Regulation) Act, 1986. The Amendment will make the Child Labour Act to align with ILO Convention No.138 concerning Minimum Age and No.182 concerning Worst Forms of Labour. We are also actively engaging in consultation process for ratification of ILO Conventions No.98 concerning Protection of the Right to Organise and Collective Bargaining and No.155 concerning Occupational Safety & Health. 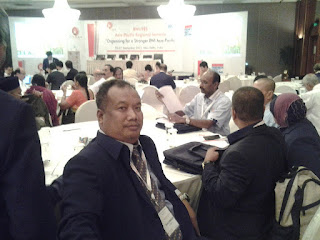 Shri Kharge said his ministry has undertaken a series of measures for the welfare of the working class. A number of amendments in various labour laws have been made to facilitate better implementation of the statutory provisions. Further, a number of schemes are under implementation by the Centre both directly and through the States with a view to helping the working class. Similarly in the States Sphere, various State/Union Territory Governments have also taken significant steps for better enforcement of the labour laws and implementation of a number of welfare measures to improve the condition of labour. 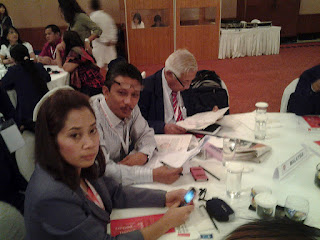 The construction industry covers a vast field of activities in the engineering, mechanical and civil processes and has great role to play in all the developmental activities. As per the estimates of National Sample Survey (2009-10), there are more than 4.46 crore building and other construction workers in India. Labour engaged in construction activity is basically unskilled, migrant, socially backward and uneducated with low bargaining power. Their work is of temporary nature and involves inherent risk to the life and limb of the workers. Though the provisions of the various labour laws like Employees Compensation Act, Minimum Wages Act, Contract Labour Act and Inter State Migrant Workmen Act were applicable to these building and other construction workers, a need was felt for a comprehensive Central Legislation for this category of workers. Eventually in order to regulate the wages, working conditions, safety and health and welfare measures of these Workers, the Government enacted in 1996 the Building and Other Construction Workers Act and the Building and other Construction Workers Welfare Cess Act.

The minster said there are number of laudable provisions in the Building and Other Construction Workers Act. The Act applies to every establishment which employs 10 or more construction workers. Under the Act, the State Governments have been mandated to frame and notify rules, constitute advisory committees/expert committees and appoint various authorities for registration of workers, cess collection and inspection. The States have to constitute Building and Other Construction Workers Welfare Boards and the Boards are mandated to perform various functions such as providing immediate assistance to a beneficiary in case of accident, making payment of pension to the beneficiaries who have completed age of 60 years, sanctioning of loans and advances, paying premium for group insurance schemes, providing financial assistance for education of children, meeting medical expenses for treatment of major ailments, making payment of maternity benefit etc. The major source of the fund of the Welfare Board is collection of cess levied @ 1% of the cost of construction incurred by the employer under the Act.

He said turing the last five years, we have moved forward in implementing of these Acts. As of now, 34 States/Union Territories have notified Rules under the Act, 33 have constituted Welfare Boards, 32 have notified cess collecting authorities, 28 have constituted State Advisory Committees and 25 have formulated the welfare schemes. However, I must confess that in the context of the implementation of the Acts, a lot needs to be done by the States. He also hoped for a meaningful discussion during the event. The two day event organized by the BWI is in the backdrop of the Global Financial Crisis, infrastructure and development projects in Asia have continued to grow. Increased government spending to stimulate national economies has been matched with the need to meet the needs of the population through improving vital infrastructure for health, education, transport and energy. Across the region, broadly, infrastructure projects are focusing on the energy, water treatment and transport sectors to meet the growing needs of our growing communities. Only the tip of the iceberg of these projects has been tapped in realizing their potential for trade unions to extend protection to the workers on site and build membership.