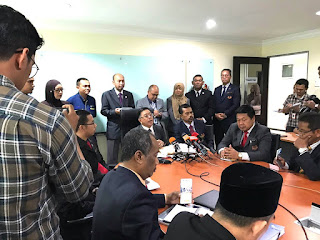 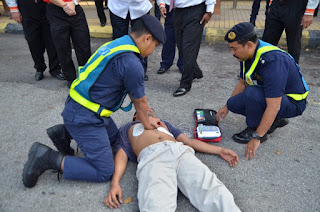 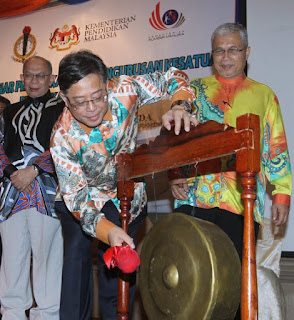 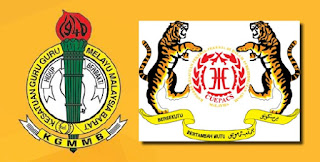 The government should remain firm on their financial obligations to workers under the Employer Mandatory Commitment, says Rani Rasiah.
The government’s announcement of the Employer Mandatory Commitment (EMC) has expectedly drawn howls of protest from employers’ organisations.
The MCA Youth has come out in support of employers.
Workers’ organisations like the MTUC and Cuepacs have commended the government on this initiative. The proposals of the EMC are also what civil society organisations have been advocating. They in fact are among the recommendations of a series of roundtables on labour migration that were organised recently by the Migrant Workers’ Right to Redress coalition (comprising Parti Sosialis Malaysia, Tenaganita, North South Initiative, Sahabat Wanita, the MTUC, the Archdiocese Office for Human Development and Penang Stop Human Trafficking Campaign).
The main features of the EMC as reported in the press are:
The EMC is a good start to addressing the many seemingly unmanageable problems related to labour migration: human trafficking, forced labour, the massive number of undocumented workers, and rampant exploitative practices such as denying workers the minimum wage and overworking them.
Employers’ organisations are reacting strongly to the EMC, urging the government to reconsider. They say it will jeopardise their income as well as that of workers and the Malaysian public. They are dead set against taking over the payment of levies, saying that the country too will suffer by losing RM5bn per year in foreign remittances.
Employers’ organisations should not try to be selfless with money that rightfully belongs to migrant workers.
PSM would like to strongly point out that the levy is a tax to deter employers from giving priority to migrant workers when hiring. So employers should pay the levy and not extract it from their workers, as they have been doing. The RM5bn is a part of the earnings of migrant workers which they may remit home; what belongs to them cannot rightly be used as a negotiating chip by employers. 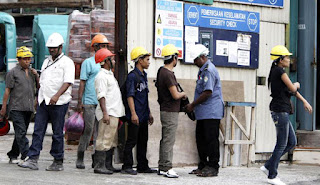 Thus by raising the cost of migrant labour for the employers, they will be compelled to recruit more local workers and in the long run reduce the country’s dependence on migrant labour. We should not ignore the fact that migrant workers have already paid their share of the cost when they paid for their recruitment fees. The workers looking for a better life are forced to mortgage their land and their house and even take loans to pay for the recruitment and travelling costs.
Upon arriving in Malaysia, many complain that they were unaware of the levy deduction from their wages, as they were promised a minimum wage of RM1,000. Only after arriving at the factory do they realise that their actual take-home pay would be less after deducting the levies, hostel accommodation fees, electricity, etc,.
Thus, to repay their loans back home , most migrant workers force themselves to work 10 -12 hours a day, seven days a week to maximise their overtime earnings.
Making the migrant workers pay for their levy is inhumane and exploitative.
Hopefully, there will be no reversal in the government’s plan on the implementation of the EMC. The government should not allow itself to once again give in to the intense lobbying of powerful business organisations.
The current labour situation is untenable: a Malaysian workforce that is not favoured because it has higher expectations than migrant workers, underemployment, exploitation of migrant labour, an undocumented migrant workforce that could be three times as large as the documented, etc.
Employers’ organisations have complained bitterly about the high cost of recruitment and called for the elimination of private agent involvement in the recruitment and management of migrant labour. The abolition of the profit motive and a government-to government mechanism can cut recruitment cost to a quarter of that incurred otherwise.
The government should implement the mechanism and a one stop centre to cut unnecessary costs for employers, but should remain firm on their financial obligations to workers under the EMC.
We hope you found this article useful. You are one of an increasing number of readers looking up this website for independent analyses and views. We work hard to keep these articles free for all to read. But we do need funds to continue the struggle for Justice, Freedom and Solidarity. To maintain our independence, we do not carry any advertisements; nor do we accept funding from dubious sources. So would you consider making a donation to keep us going - or why not become an Aliran member.
Posted by CUEPACS at 6:00 PTG 5 ulasan:

USE POLYGRAPH TEST TO STEM GRAFT IN CIVIL SERVICE

Transparency International Malaysia today suggested that polygraph test be introduced in the civil service to detect abuse among its employees.
Its president Akhbar Satar said such a test would not only help to identify corrupt employees, but also provide opportunities to those accused of doing so to clear their names.
He said with 98 percent effectiveness in detecting lies, the polygraph test could be conducted on high-ranking civil servants and those holding important posts.
"Department heads, enforcement officers and civil servants holding sensitive posts, like those handling funds and contracts, as well as those involve in protecting the country's security, should also be made to take the test," he told Bernama in Kuala Lumpur today.
Akhbar, who is also Malaysian Association of Certified Fraud Examiners chief, said the polygraph test had been used widely by various sectors in more than 80 countries, including Singapore and Thailand.
In Malaysia, he said, the test was only used by enforcement agencies for investigation purpose and by some private companies when conducting an internal inquiry or recruiting new staff.
He said although the public sector in the country involved a huge number of employees, the test could be conducted at random and as spot check on employees with integrity problems.
Caution needed
Meanwhile, Congress of Unions of Employees in the Public and Civil Services (Cuepacs) president Azih Muda said the congress would support any move that could enhance credibility and integrity of civil servants.
However, he said, if the polygraph test was to be carried out, it should take into account the society's perception so that it would not create prejudice against civil servants.
"We do not want a situation where the people have the perception that all civil servants are not honest and have to take the polygraph test," he added.
An English newspaper today reported that the Public Services Commission (PSC) agreed to reintroduce the polygraph test to address corruption among civil servants. The newspaper quoted PSC as saying that it was prepared to discuss with government agencies to decide on civil employees who should have the test and its frequency.
The polygraph test is carried out using a special detector which is placed, like on fingers, arm and chest, and connected to a computer.
The subject or person will be questioned by a specialist handling the device, which is capable of detecting any lie or changes in the body.
- Bernama

KUALA LUMPUR, Jan 10 — Government departments and civil servants have been urged drop their culture of working in silos in order to make 2017 the year of delivery for the benefit of the people.Head of the National Council of Professors’ Governance, Law and Public Management Cluster, Prof Dr Nik Ahmad Kamal Nik Mahmod said the Public Service Department (PSD) and the Malaysian Administrative Modernisation and Management Planning Unit (Mampu) must take drastic action to find the best way of tackling this culture.
“Similarly, there must be more firm action in the delivery system, if a project is not completed, those who contributed to it must be punished.

Speaking to Bernama when contacted today, Nik Ahmad Kamal said members of the public should be more proactive and daring to lodge complaints with the Public Complaints Bureau if they find that the quality of service was not at the highest level.In his speech at the Monthly Gathering of the Prime Minister’s Department yesterday, Prime Minister Datuk Seri Najib Razak instructed civil servants to make 2017 the year of delivery, with emphasis on implementing projects, programmes, services and measures that had been planned for the prosperity of the people.

On the issue of leakages in the civil service, Nik Ahmad Kamal said it was a question of integrity and weak religious beliefs which led to the failure of the disease being curtailed. He said this matter had not only been voiced by the Prime Minister but also by leaders such as the Yang di-Pertuan Agong and the Sultans.“The civil service already has an internal mechanism such as internal audit and the integrity unit, and is constantly being monitored by the Malaysian Anti-Corruption Commission.

“However, all these have failed to curb corruption because there are still those who are willing to give and accept bribes,” he said. Meanwhile, Cuepacs president Datuk Azih Muda said civil servants irrespective of rank must deliver the goods.“The call by the Prime Minister must be taken seriously because each allocation made must reach the target groups and not be spent midway,” he said. — Bernama

PETALING JAYA: The business community, industry players, civil servants and Bukit Aman will give their full cooperation to the Malaysian Anti-Corruption Commission (MACC) in the war on graft focusing on the civil service.
“I have made it clear that corrupt or crooked police personnel will not be tolerated and firm action must be taken.
“The battle against corruption must be fought on all fronts and the police force is doing its part,” said Inspector-General of Police Tan Sri Khalid Abu Bakar.
Internally, Bukit Aman was always proactive in weeding out crooked personnel and officers, through the Integrity and Standard Compliance Department, he added.
Khalid was commenting on MACC deputy chief commissioner Datuk Azam Baki’s declaration that the commission’s war on graft would focus on the civil service, especially the procurement and enforcement sides.
Congress of Unions of Employees in Public and Civil Services (Cuepacs) lauded MACC’s war on graft involving civil servants, saying that it could boost the integrity of the service.
Its president Datuk Azih Muda said the move could also boost the country’s ratings at the international stage.
Azih hoped that MACC would also focus on preventive measures.
Associated Chinese Chambers of Commerce and Industry of Malaysia secretary-general Datuk Low Kian Chuan said it was a timely move as there had been many reports of leakages, as noted in the Auditor-General’s report every year.
“We hope the MACC will take it seriously. The business community will cooperate and give their full support,” he said.
Malay Merchants and Entrepreneurs Association vice-president Datuk Naim Mohamad lauded the move, saying that MACC should also consider reviewing the procedures and processes of awarding big government projects.
“We should reduce human intervention and set specifications in order for it to be fully mechanised. Those who want to apply for tender should input their information on prepared templates,” said Naim.
He said a cashless system should be introduced to eradicate any form of abuse or leakages, especially in government projects.
“Authorities should have a better system to identify those involved in graft by monitoring any irregularities in officers’ financial status. This way, any discrepancies or abnormalities in income, spending or lifestyle, will be notified to the relevant authorities immediately,” he said.
Malaysia-China Chamber of Commerce vice-president Kerk Loong Sing said stern action must be taken against those involved in mismanagement or had broken the law.
“Sometimes, action is not seen and as a result the problem will occur each year,” he said.
Posted by CUEPACS at 11:20 PG 6 ulasan: