GEORGE TOWN: The National Union of Teaching Profession (NUTP) is upset that some of its members have been denied the 90-day paid maternity leave due to a lack of funds for replacement teachers.

Its secretary-general Lok Yim Pheng said she had received many complaints from teachers nationwide that they had been granted only 60 days’ paid leave.

“They were given 60 days and made to apply for the additional 30 days, and often, the application would be rejected by the school or (state education) department head.

“I checked with the school heads and was told that the problem was due to a lack of allocation to pay for replacement teachers.

“This is akin to denying the teachers their right,” she said, urging the Education Ministry to provide funds for replacement teachers.

“I was told that even nurses found it difficult to get their leave approved as there were various requirements imposed by department heads.

“For example, a new mother would have to be sick to get the extra days,” she told reporters after attending the state NUTP annual general meeting here yesterday.

On Oct 15 last year, Prime Minister Datuk Seri Najib Tun Razak announced in the Budget 2011 speech that female civil servants would be allowed maternity leave of 90 days, up from the current 60 days, subject to consensus between the management and the employee.

On the integrated competency development programme (Prospek), which will come into effect from July 1, Lok said those who performed well should be rewarded.

“Civil servants who perform well in the new assessment system should be given incentives to further motivate them.

“After all, Prospek takes into account a person’s creativity, innovation, skills, knowledge and conduct. So, if he or she does well, it would indicate a level of excellence which should be given due recognition,” she said.

She said NUTP members were also worried about the rising cost of living and that they were hoping for a salary increment in view of the escalating costs.

SINCE her entry into the teaching profession in 1971, Hamedah Wok Awang’s belief has been to encourage teachers to love teaching and students to love learning.

“When people do something out of love, they will always do their best,” said the former principal from Pahang.

Hamedah who has a string of motivational books on teaching and learning to her name, shared that her own teachers inspired her career choice.

“In 1997, I was involved in an accident which left me paralysed and bed-ridden.

Proud winner: Juairiah with her awards

“I’ve erased all memory of the accident and what happened immediately after because I’d rather focus on what I am able to do now,” she shared.

Hamedah was one of the four recipients of the Tokoh Guru 2011 awards given out during the national Teachers Day celebration in Kuching, Sarawak last Monday.

Presented by Deputy Prime Minister and Education Minister Tan Sri Muhyiddin Yassin, the awards are given by the ministry in recognition and appreciation of teachers who have imparted their knowledge and demonstrated their excellent teaching skills in the classroom; made great contributions to the profession; been actively involved in activities outside the classroom and in community service; and excellence in other fields.

With 25 years of teaching experience, Siva Subramaniam is former National Union of the Teaching Profession (NUTP) secretary-general, Cuepacs president, and a former commissioner for the Malaysian Human Rights Commission.

Reflecting on his days with the NUTP, Siva Subramanaim said he was almost arrested under the Sedition Act at one point for bringing up the fact that Indian students were being discriminated against in some schools.

“But I felt that if I didn’t stand up for issues I believed in, there was no point in being part of the union,” he said.

Currently a consultant in the Cabinet Committee on the Indian Community in the Prime Minister’s Department, Siva Subramaniam thinks that his teaching experience prepared him for other roles.

“A good and professional teacher knows how to deal with people effectively – if you can do this in classroom, that skill is going to help you in other careers as well,” he shared.

Starting out as a teacher at Malacca’s Catholic High School in 1964, Prof Ab Rahim has since gone on to chart a diverse career in education.

He was formerly Institut Aminuddin Baki director and Universiti Industri Selangor’s Education Faculty dean, and has also been a consultant to the World Bank and the United Nations Educational, Scientific and Cultural Organisation (Unesco).

Prof Ab Rahim says his decision to go into teaching was not one “of real choice”.

“At that time, I saw teaching as my only option.

“So in my case, the lack of choices was the best thing that happened to me; I was destined to be a teacher,” he said, adding that teaching is his blood as his father and seven siblings were also teachers.

“A teacher’s primary job satisfaction comes from watching his students do well in life,” he said.

In addition, the ministry also presented other awards for special education teacher, teacher with special needs and innovative teacher.

SMK Bandar Sunway senior assistant (special education) Juairiah Johari who received the special education award, continues to teach art and cooking to the 67 students with special needs, who range from low to high functioning at the school.

“It is important to see the potential of our students although they may not be good in academic studies.

“We work on a blueprint for our students so that they can become more independent,” she added.

Juairiah who has been a special education teacher for the last 27 years, received a certificate, plaque as well as RM1,000 from the ministry and RM250 from the Selangor education department.


By PRIYA KULASAGARAN and KAREN CHAPMAN 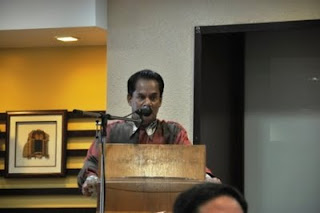 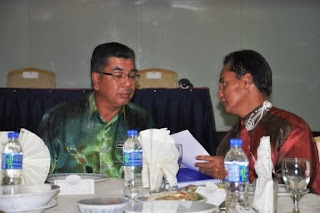 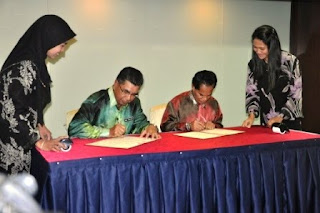 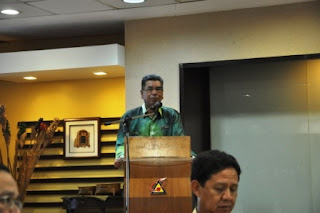 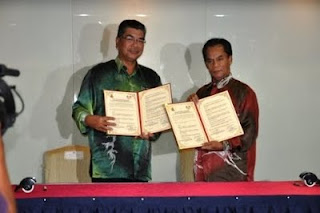 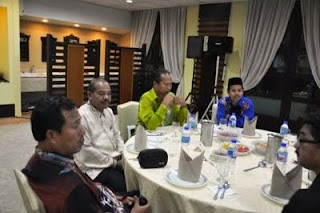 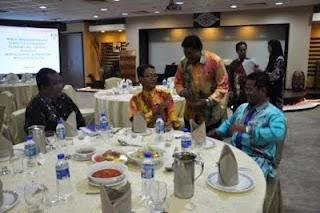 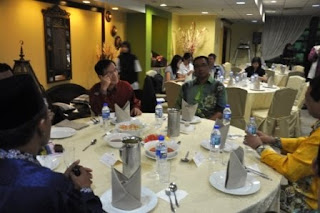 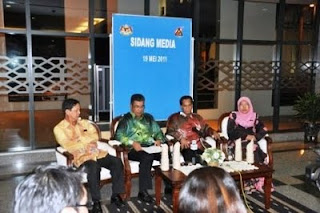