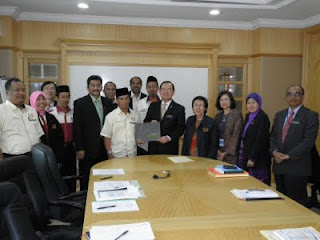 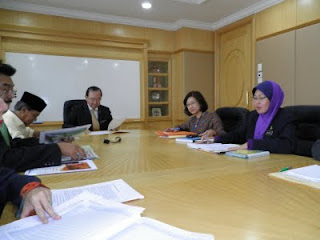 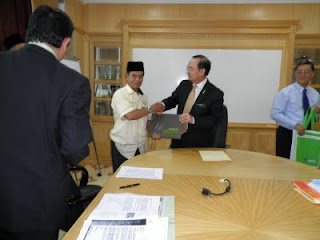 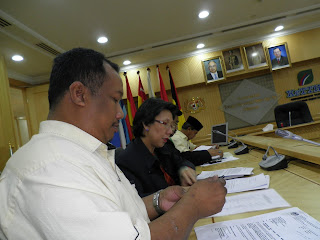 CUEPACS TO RAISE COMPLAINT OVER BONUS WITH PSD

KUALA LUMPUR, Aug 16 (Bernama) -- CUEPACS is to raise with the Public Service Department (PSD) a complaint by civil servants that income tax and EPF deductions were made to their half-month bonus paid Monday.

Its president, Datuk Omar Osman, said he would bring up the matter with the PSD at a joint breaking-of-the-fast event next Tuesday, particularly for the sake of the middle-income earners.

"It is pointless to have huge deductions made when we asked for the bonus to ease the financial burden in view of higher prices of goods," he told Bernama.

Omar also dismissed the assumption of certain quarters that the bonus payment was an attempt to garner political support.

"Let's not politicise the matter. We asked for the bonus for the sake of staff welfare and to raise productivity and the spirit to work harder," he said.

The Sun
By Farrah Naz Karim and Sean Augustine
news@nst.com.my

PUTRAJAYA: All 1.27million civil servants in the country will be getting an early Hari Raya gift as the government will be making a half-month bonus payout soon.

The bonus, with a minimum payment of RM500, will be paid out in the middle of this month.

The 590,000 pensioners in the country will also not be left out as they will be getting a RM500 special payment at the same time before Hari Raya which is expected to fall on Aug 30.

Prime Minister Datuk Seri Najib Razak said the payouts were in appreciation of their contributions and dedication in successfully carrying out the country’s development plans.

“The government hopes this bonus and special payment will help lighten the burden of civil servants and pensioners as well as help them make preparations for the upcoming Hari Raya celebrations.

“This shows that the government is always concerned about the welfare of civil servants and pensioners.

“This bonus payout is a mark of the government’s appreciation of all civil servants,”Najib,who is also finance minister, said.

Hearing it first from the media, he said he did not see it coming at all.

“This will not only lighten the burden of my Hari Raya expenditure but will certainly make the celebration more meaningful for my whole family.” For Noorafida Pardi, 40, an auxiliary policewoman attached to Seri Perdana, the bonus would go a long way as it meant she could buy extra revision books for her son who was sitting the Sijil Pelajaran Malaysia this year.

This is the third consecutive year civil servants and pensioners are getting the bonus — after the payment in August last year and the 2009 payout made just before Hari Raya.

The last time the government issued a one-month salary or a minimum of RM1,000 bonus to public servants was in 2008 when the payout was staggered in September and December.

Congress of Unions of Employees in the Public and Civil Services president Datuk Omar Osman said Cuepacs was thankful that the government had made such a huge allocation to pay bonuses to civil servants.

It hoped the government would consider another round of bonus payout after the Budget presentation in October.

Omar said this would especially help the rank-and-file in the service, especially those with many school-going children.

Najib said the payout would ease civil servants’ burdens ahead of the Hari Raya holidays. — File pic
KUALA LUMPUR, Aug 8 — The Najib administration will pay out a half-month bonus to 1.3 million civil servants and RM500 to 600,000 government pensioners ahead of Hari Raya amid public concern over rising inflation.

Datuk Seri Najib Razak, who is expected to call a general election within the year, said that the funds “can lighten the burden... for the upcoming Aidil Fitri celebration.”

Hari Raya Aidil Fitri, which falls at the end of the month, is expected to see muted celebrations after the consumer price index hit a two-year high of three per cent in March and continued to rise to 3.5 per cent in June, when government subsidies for basic necessities were slashed.

Putrajaya said that the price hikes to fuel, sugar and electricity were necessary to keep a subsidy bill from doubling to RM21 billion this year, as it seeks to reduce its budget deficit that hit a two-decade peak of seven per cent in 2009.

“This shows that the government is always concerned about the welfare of civil servants and government pensioners. The awarding of the bonus is a mark of appreciation of all civil servants,” the prime minister added.

Barisan Nasional (BN) has traditionally held strong in areas with large populations of civil servants such as Putrajaya, an important vote bank for the ruling coalition.

But in the landmark 2008 general election, where it ceded five state governments and its customary two-thirds majority of Parliament, BN saw its majorities cut in these areas and even lost the Shah Alam federal seat, previously considered an Umno stronghold.

Najib, who is also finance minister, said the two payments to be made in the middle of the month would entail an estimated expenditure of RM2 billion.

Putrajaya also made a similar payment last Ramadan, handing out RM500 across the board to all civil servants and pensioners, and amounting to a total of RM934.6 million. 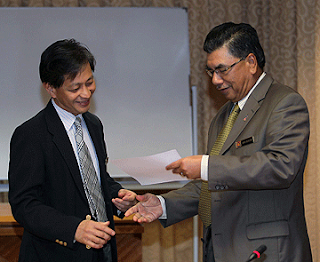 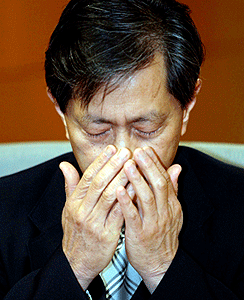