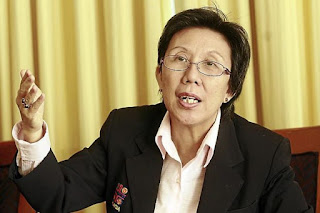 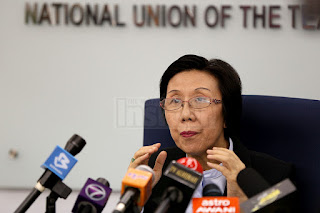 Congress of Unions of Employees in the Public and Civil Services (Cuepacs) wants the government to consider giving a three-month bonus to civil servants when the 2016 Budget is tabled.
Cuepacs secretary-general Datuk Lok Yim Pheng said the request was being made to ease the burden of civil servants to face the current high cost of living.
"We are not requesting the government to give the three-month bonus in a lump sum but in stages as we understand the situation of the government."
He said the request was also to appreciate the contribution of civil servants who showed excellent service performance all this while. "Apart from that, when they received their bonus they will spend and boost the economy further.”
Lok said Cuepacs also wanted the government to review and undertake improvements on the 252 salary schemes and allowances to ease their financial burden amidst the current economic challenges faced.
He said due attention should be given as it was the aspiration of the 1.6 million civil servants in the country.
"The government probably should also provide more allocation for training opportunities to further upgrade their skills and expertise.” – Bernama, September 11, 2015. 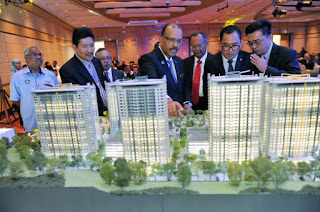 Sandakan: The Congress of Unions of Employees in the Public and Civil Services (Cuepacs) has urged the Government to consider improving 252 civil service schemes, a sentiment shared by its 1.6 million members nationwide.Its Deputy President 1, Zainal Ismail, said these include 81 schemes announced in the budget last year as well as a complete salary schedule.
"Secondly, we also urge the Government to give due attention to the 1Malaysia civil servants housing, including in Sabah and Sarawak," he said after opening the Consumerism and Post GST seminar, organised by the Sabah Medical Services Union (MSU)/Union of Sabah Medical Branch, in collaboration with Cuepacs, here, Tuesday.Also present was Cuepacs Secretary-General Datuk Lok Yim Peng.Cuepacs also proposed that the houses be priced below RM150,000 and their built-up area increased to 1,000 square feet and not 850 square feet as proposed by Prime Minister Datuk Seri Najib Razak recently.

Zainal also asked the Government to consider exempting GST to senior citizens, disabled people, children and others whose average income is less than RM5,000. "Cuepacs had always supported the government policies, including the implementation of GST. However, we are asking for this consideration because the GST collections have been somewhat encouraging," he said.
In terms of housing loans, Cuepacs also asked that they be included in the process because many of their members have complained that the loan process is taking too long and more than a year.Other problems could also be avoided because there are those who use Cuepacs' name in order to collect deposits from government employees to buy houses with the cooperation of the Finance Ministry, only to realise they have been deceived.
Meanwhile, Lok said the Government, among other things, is urged to provide high skill training to civil servants by giving them exposure overseas."It is important to increase their quality as targeted in the 11th Malaysia Plan, where we want our employees and civil servants to have the talent and expertise, in line with the national agenda to achieve Vision 2020," he said.
Additionally, Cuepacs also asked for educational opportunities for civil servants, namely the opportunity to further their studies through the Open University Malaysia (OUM) and through the availability of educational funds
Posted by CUEPACS at 8:41 PG 3 ulasan: