SIBU (Oct 20): Congress of Unions of Employees in the Public and Civil Services (Cuepacs) welcomes the Sarawak government’s proposal to merge the four water supply authorities in the state into one to be known as Sarawak Water Board (SWB).

Its president Dato Adnan Mat said the merger would make the water board more competitive in providing services to the people. 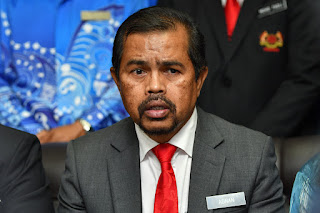 “Also, the welfare of the staff will remain a priority for the government,” he said in a statement.

Adnan was commenting on the rumours that Rural Water Supply Department (JBALB), Kuching Water Board (KWB), Sibu Water Board (SWB) and Laku Management Sdn Bhd (Laku) would be privatised.

The initial move raised concern among the workers about their fate if the privatisation exercise were to go ahead, especially in terms of their welfare and job security.

In the event that privatisation is to go ahead,  Adnan said the existing benefits of the staff would be reduced and there might also be job reduction.

‘It is also feared that full privatisation would increase the water tariff in the future especially when privatisation is all about making profit,” he added.

As such, Adnan commended the state government for making the timely decision to merge the four main water supply authorities under one entity.

“We are also grateful to Premier Datuk Patinggi Tan Sri Abang Johari Tun Openg and his government for always willing to accept Cuepacs’s views in every negotiation including this water issue,” he said. 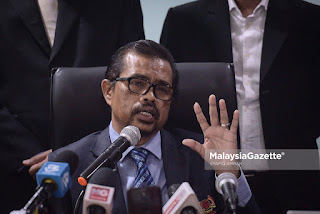 Cuepacs against Single Border Agency for all entry checkpoints

PETALING JAYA: Cuepacs, the union representing government workers, says it is “completely opposed” to the establishment of the Single Border Agency (SBA) to take over the roles and duties of government agencies at the country’s entry points.

The SBA has been in the works for the past few years, with the home ministry stating that such an agency would strengthen border security nationwide.

In addition to the customs department, there are several other agencies involved in guarding the country’s borders such as the immigration department, with Adnan saying that they have all done their job well.

“Take the example of the customs department. For the past few years, their collections have always exceeded the target set by the government,” he said.

“This means that they have performed their duties well. Why should this task be given to a new agency whose effectiveness is still unknown?

“It’s like the government wants to gamble with the national revenue collection if SBA is formed.”

Adnan said Cuepacs is confident that other agencies stationed at the country’s borders also carry out their duties and roles as effectively as the customs department.

He said the current multi-agency, multi-level gate control system is better than the country’s borders being controlled by a single agency.

He also called on the government to conduct negotiations and engagement sessions with representatives and labour unions before reaching decisions which involve the civil service.

“More than 22 road traffic fatalities per 100,000 have occurred on Malaysia’s highways, only the second highest number of road traffic deaths in the world after Saudi Arabia,” it said.

Kuwait topped the list of countries with the world’s worst roads, followed by Costa Rica, Georgia, Panama and New Zealand.