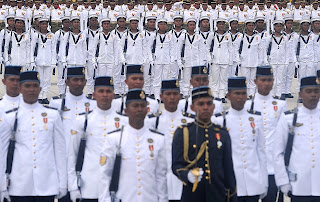 The Congress of Unions of Employees in the Public and Civil Services Malaysia (Cuepacs) is ready to engage with the government on any revision of the pension scheme for civil servants, as proposed by the government in the Dewan Rakyat yesterday.
Cuepacs president Datuk Azih Muda said the motion can only materialise once all the relevant parties are involved in the discussions and negotiation process.
“The negotiations should include Cuepacs to ensure harmony among the employees, employers and government.
“So far, we are not in the loop, but if we could maintain a good cooperation, the outcome would definitely be the best for all,” he told The Malaysian Reserve in a phone interview yesterday.
Azih was responding to a statement by Deputy Minister in the Prime Minister’s (PM) Department (National Unity and Integration) Datuk Dr Mohamed Farid Md Rafik in the Dewan Rakyat yesterday that the government is considering a change in pension scheme for civil servants employed in the future.
Mohamed Farid said the federal administration is currently assessing the present retirement scheme as part of efforts to cut down expenditure on the civil service, which has nearly tripled in the last two decades.
However, he said the changes will not affect existing civil servants and pensioners.
“Many policies have been improved to ensure the pension benefits to the civil service is always adequate in respect to Article 147 of the Federal Constitution, namely securing the rights of pensioners.
“For the existing civil servants and pensioners, the current pension scheme will be retained. However, for civil servants employed in the future,
the government is studying a renewal of civil service comprehensively, including the post-service aspects,” Mohamed Farid said.


He was responding to a question by MP Datuk Dr Shamsul Anuar Nasarah (Barisan Nasional-Lenggong) who asked whether the government will restructure the civil service to control the size of the government workforce, in line with its new policy of downsizing the civil service.
Azih said Cuepacs had brought up the matter recently, including to PM Tun Dr Mahathir Mohamad, who agreed that a negotiation should be brought to the table, and “not end up in a road protest”.
However, Azih claimed that no party, including the PM’s Department and Public Service Department, had followed up on the union’s motion since. Dr Mahathir previously said the civil service, which now stands at 1.7 million employees compared to one million in 2003, is a drain on the government’s coffers.
“The size of the civil service has grown too big and become worrisome for a very long time as it increases the government’s financial burden and at the same time, reduces allocation for development purposes,” Dr Mahathir said in Parliament recently.
It was reported that government expenditure on salaries alone grew from RM22 billion to RM74 billion between 2003 and 2016. Similarly, spending on civil servant pensions had also increased over the same period.
On increments for civil servants, Mohamed Farid said the government will only consider the move when the sector is proven to be more productive.
“The combination of downsizing civil service and increasing productivity is expected to generate more income to the nation, and when that happens, the government is ready to consider increments for the civil service,” he said.
The 1.7 million civil servants in the country comprise those employed by the federal and state governments, as well as in statutory bodies and local governments.
Mohamed Farid said other efforts to downsize the civil service will include addressing overlapping functions between government departments and agencies, rationalising existing positions, optimising human resource, outsourcing and privatisation.
“The government will ensure the best talents and high-potential officers will be given the appropriate positions, thus improving public trust towards the civil service,” he added.
Posted by CUEPACS at 1:09 PTG 19 ulasan:

Emphasise on balance between work and family: Wan Azizah 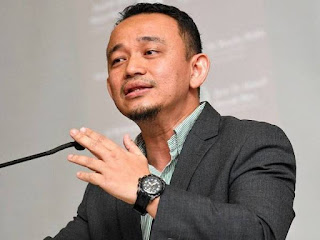 KUALA LUMPUR: Deputy Prime Minister Datuk Seri Dr Wan Azizah Wan Ismail said the government and private sectors must continue to play their respective roles in ensuring that their workers could strike a balance between their work and family.
She said that emphasis on the need for a balance in terms of work and home management was necessary so that every member in the entity concerned would not be affected by the busy schedule of their parents who were working.
“We want to ensure that every member of the family loved one another and spent time together so that our children would not be involved in any social problems,” said Wan Azizah, who is also Women and Family Development Minister.
She said this in her speech at the 2019 Women’s Day Dinner organised by the Congress of Unions of Employees in the Public and Civil Services (Cuepacs), here last night.
Wan Azizah said the balance could be achieved among other things through measures such as the implementation of flexible working hours and providing kindergartens at the work place.
In the speech, the Deputy Prime Minister also touched on the target of 30 per cent of Members of the Board of Directors comprising women in public listed companies which was announced in 2011.
Wan Azizah said statistics for 2018 showed 1,010 or 15.7% of the members of the board of directors of public listed companies were filled by women.
For the top 100 public listed companies, the participation of women as board of directors rose to 24.4% in 2018 compared with 19.27% in the previous year, she said.
Also present was Cuepacs president Datuk Azih Muda. — Bernama
Posted by CUEPACS at 1:17 PTG 73 ulasan: 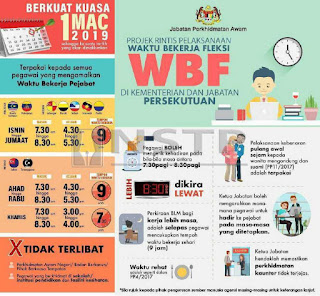 KUALA LUMPUR: The Congress of Unions of Employees in the Public and Civil Services (Cuepacs) welcomes the government’s move to introduce a pilot programme for flexible working hours for the civil service, called the Waktu Bekerja Flexi (WBF), beginning March.
Cuepacs president Datuk Azih Muda said this was a good move as it would allow workers to set their working hours accordingly.
“We have always believed that the civil servants should be given the flexibility of setting their working hours, as long as they fulfil their full nine hours at work.
“With the new system, the workers do not have to worry about being punished for coming late to work due to traffic congestion or faulty elevators or lack of parking or any other reasons,” Azih told the NST.
Azih said that this was an improvement to the previous system, where those who came in late would get their punch cards stamped in the red.
“For example, if previously their working hours are from 7:30am to 4:30pm and they come in at 7:35am, their cards would be marked red for coming late and they will be punished.
He said under the initiative, latecomers would be required to fulfil their hours accordingly as the focus was on honouring responsibility and not punishing.
Azih said the concept of flexible working hours was not new in Malaysia and it was previously known as Waktu Bekerja Berperingkat (WBB).
“Malaysia has had a flexible working time for civil servants since 2007 called the WBB. But it wasn’t as popular with the civil servants with only six percent applying for it.
A possible reason for this was the traditional mindset of the supervisors, he said.
“This pilot programme would allow us to gauge its practicality. We will see areas that need improvement so that it will not be abused,” he said.
Azih said flexible working hours had already been practiced in other countries around the world and it was the way forward for the civil service.
“It is hoped that the pilot programme is a success so that it can be implemented in other the states,” he said.
The Public Service Department (PSD) via a circular published on its Facebook page said the pilot programme would only involved those working for federal government agencies in selected states.
Under the pilot programme, civil servants will be allowed to clock in between 7.30am and 8.30am, and clock out between 4.30pm and 5.30pm, as long as they commit to the nine working hours.
It is currently available to civil servants in Putrajaya, Kuala Lumpur, Perlis, Perak, Selangor, Sabah and Sarawak.
Posted by CUEPACS at 1:13 PTG 68 ulasan: 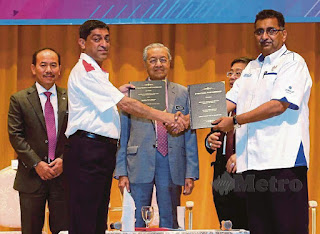 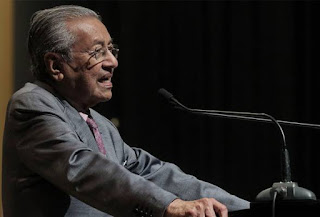 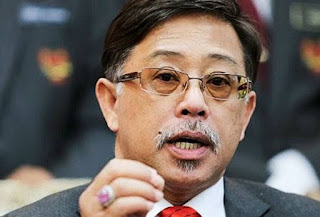