KUALA LUMPUR: The Congress of Unions of Employees in the Public and Civil Services (Cuepacs) has urged the government to fully ratify the International Labour Organisation (ILO) Convention N098 on the rights of workers to organise and bargain collectively, should Putrajaya fail to withdraw two new service circulars, which came into effect on Jan 1.

Cuepacs president Adnan Mat said that the union and other workers’ groups, such as the Malaysian Trades Union Congress (MTUC), have unanimously rejected Public Service Department (JPA) service circulars No 6 and No 7 for the year 2020, claiming that there were no prior consultations with workers. 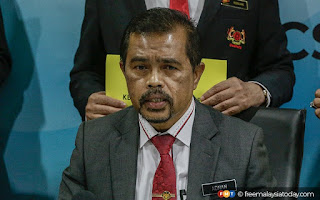 He said JPA’s actions have eroded the role of workers’ groups, such as Cuepacs and MTUC, both of which were part of the National Joint Council and the Departmental Joint Council.

The two councils were set up as platforms to negotiate with the government on matters related to the civil service.

“The move by the government is not acceptable, as it seems to undermine the voice of workers’ and their rights in the implementation of any new service circulars,” he said.

Adnan added that the civil servants’ group was prepared to lodge a formal complaint with the ILO on the government’s action.

“Previously, we had never discussed problems within our country during international forums to protect the reputation of the country.

“In fact, we were grateful to the government for establishing the national collaborative council.

“By setting up the council, even though the government had not ratified ILO N098, at least there is a forum to negotiate with the government regularly, systematically and respectfully,” he said.

He added that the implementation of the two service circulars may have been carried out without the knowledge of high-level officials, including Prime Minister Muhyiddin Yassin.

Meanwhile, MTUC acting president Affendi Abdul Ghani said they will be meeting the prime minister over the issue on Jan 7.

Workers’ groups have previously criticised the publication of the two new service circulars by JPA, which came into effect on Jan 1.