PETALING JAYA: Negligence among civil servants who finalise the accounts of those about to go on retirement is causing hardship to pensioners and resulting in financial losses to the government, says the public services department (JPA).

In a recent circular, director-general Mohd Shafiq Abdullah said the department is taking such negligence seriously as it could result in losses of public funds.

“We notice that the number of requests from government departments and agencies to deduct the pensions of retirees for outstanding debts is increasing. This should have been resolved before the employees leave the civil service. 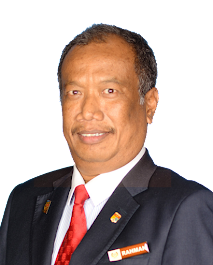 “All heads of department must ensure that details of the civil servants’ financial liabilities must be finalised when the pension documents are sent to JPA for vetting and finalising so that the necessary deductions can be made.-ADVERTISEMENT-

“This is to avoid hardships caused to the pensioners who will have to endure deductions from their monthly payments later,” he said.

Shafiq said that as a result of this negligence, the amount of outstanding dues from retirees is growing and may end up in losses of public funds if left unchecked.

The pensions department, which processes and handles all documents linked to government retirees, is under the JPA.
Cuepacs secretary-general Abdul Rahman Nordin said this reminder was timely as the number of those receiving wrong pension amounts, salaries and allowances is quite high.
“If the basic calculations are wrong, then pensions are sometimes overpaid. We have been told by our members that pensioners are then required to pay back the excess amounts.

“In most cases, they have to be deducted from their pensions which causes much hardship to the already burdened pensioners,” he told FMT.