The Congress of Unions of Employees in the Public and Civil Services (Cuepacs) president said there were about 35,000 contract civil servants, including some who had served more than 15 years. 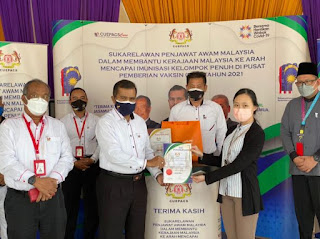 "Many departments and agencies refused to give permanent employment to workers.

“Those who are on contract should be offered with a permanent position once they have completed 15 years of service but we found out that many had not been offered anything," he told reporters after visiting a blood donation drive at the Perak Cuepacs headquarters here on Thursday (Sept 23).

“We hope the government will look seriously into this and to bring it up during the tabling of the upcoming 2022 Budget,” he added.