PETALING JAYA: Teachers who are going to be selected by the government in the special one-off recruitment drive should be of quality, skilful and have deep interests, says Cuepacs. 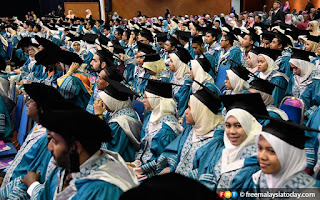 Adnan Mat, the president of the umbrella body for civil services unions, said these three elements need to be emphasised because the challenges faced in the world of teaching are huge.

“Currently, many university graduates are still not getting placements and if they are eligible, they should be prioritised.

“Place them based on their respective subject options so that their skills and abilities can be used more effectively,” he said.

However, he said Cuepacs sees this large-scale recruitment as inappropriate to continue in the future as it should have been done in stages according to current vacancies.

“This measure is more appropriate because it can overcome the current problem as this issue should not be solved in one period only,” he said.

Adnan also hoped that the education ministry would resolve the problems faced by existing teachers on their transfer applications before giving placements to new teachers.

He said it was important to first complete the transfer applications of existing teachers especially for long-distance spouses, as well as those with ailing parents who have serious health problems.

Adnan also hoped that the young teachers recruited would use this opportunity given by the government to educate the nation.

“Set a good example to the students and the community out there so that the teaching profession is praised and held in high esteem.

“You are the successor to the legacy of national excellence in the future. You carry the good name of this public service,” he said.

Radzi announced on Sunday that the ministry would employ 18,702 teachers to address shortages in four states: Sabah, Sarawak, Selangor and Johor.

Among subjects with teacher shortages in primary schools are English, History, Special Education and Religious Education, while in secondary schools, the subjects include Bahasa Melayu, English and Islamic Education.